A Ticket to Ride the TranSiberian

A Ticket to Ride the TranSiberian 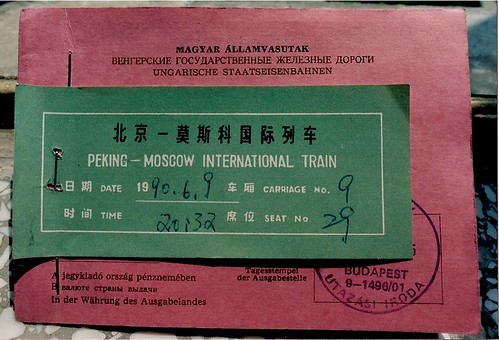 Image by Viewminder
Cut off from the sea by the suspicious port authorities in Shanghai it seemed that the only way I was going to get out of China was overland. This was my ticket.

In Shanghai I had inquired of every traveler I met about the path ahead of me. I had heard tales of this magnificent and exotic railway adventure before… they called it the greatest railway journey on earth. The longest stretch of steel rail ever layed.

An Australian traveller named Mark told me that he had